Let us help you elevate your brand.

Founded in 2013, Sagamore Development is a full-service real estate firm located in Baltimore, MD. Committed to investing in their communities, they specialize in both ground-up and redevelopment projects. Sagamore Development approached HighRock to help them create a bid for the proposed Amazon HQ. Our 3D team worked with Sagamore to create renderings that visualized the future of Amazon in Port Covington. 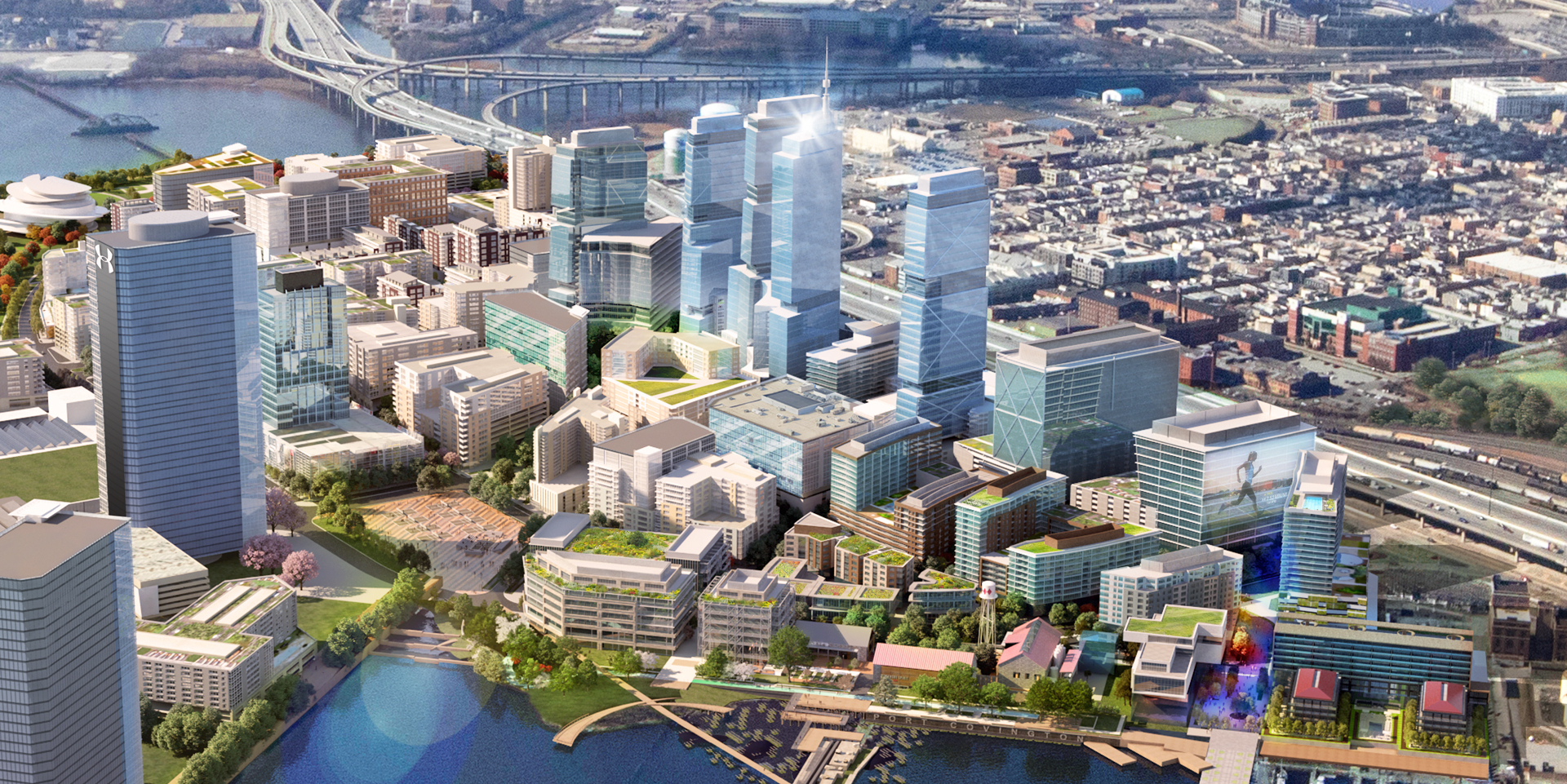 Working with Sagamore’s creative director, we envisioned a future for Amazon the “Baltimore of tomorrow,” in hopes that they would choose the city for their next location. Using architects’ existing designs for the area, we focused on crafting a vibrant story that focused on both lifestyle and design. 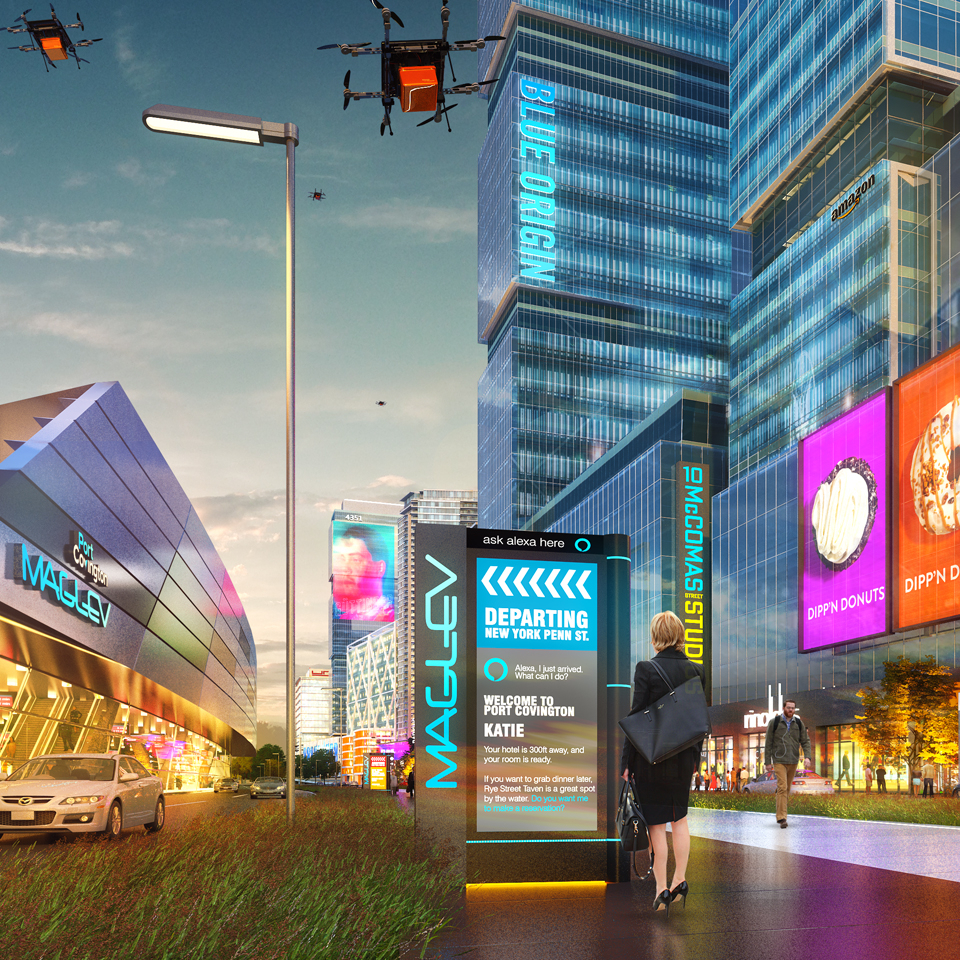 Creating a new vision of a tech-enabled future was not only a challenge, but also an exciting adventure for our team. We examined the city’s infrastructure; paying attention to both public and private transportation, and we added features like stoplights embedded into the streets. Amazon package-delivering drones zip overhead, crafting the story of not only what the city will look like, but the concept of what can be practically done with the new technology. 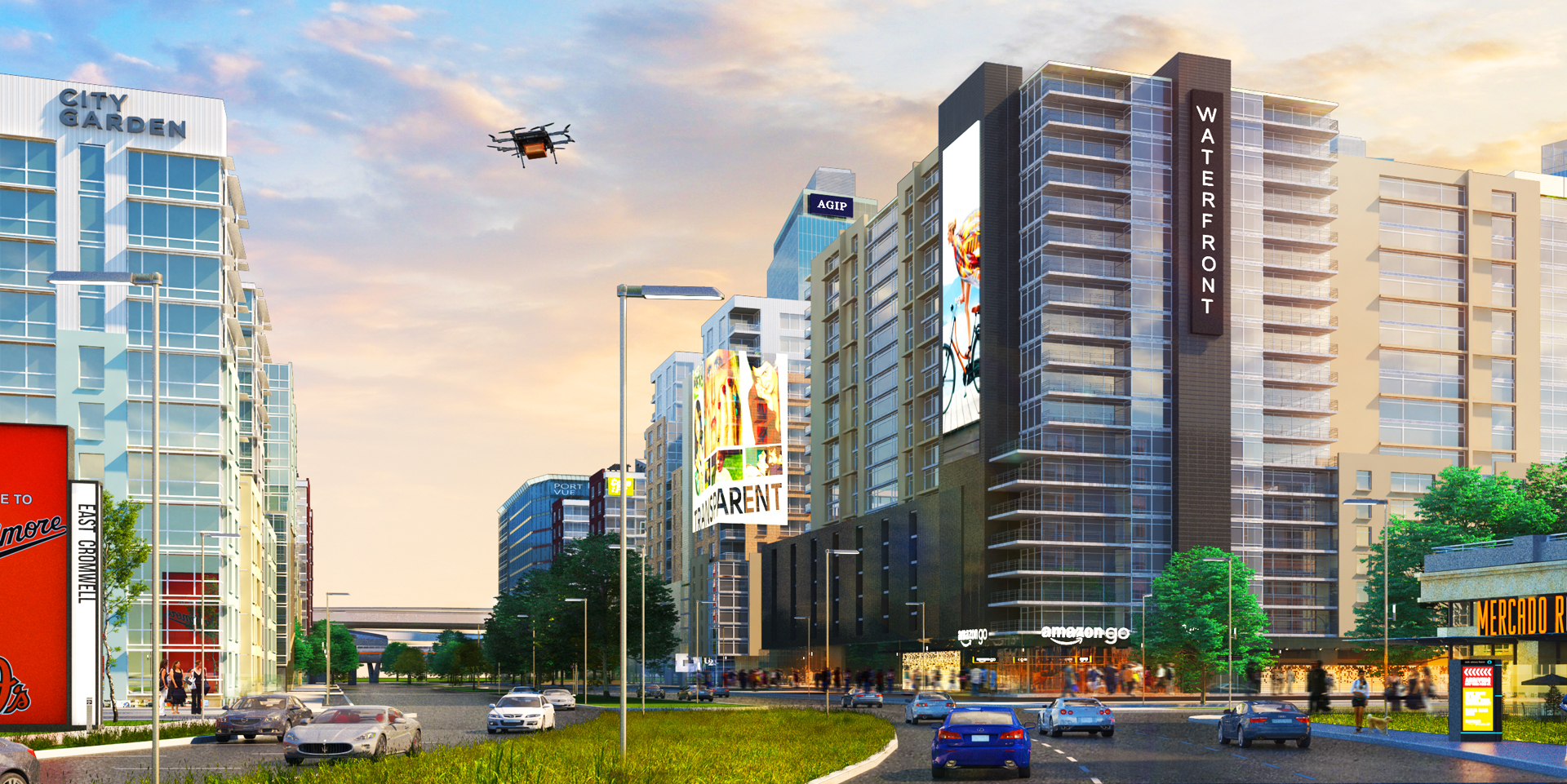 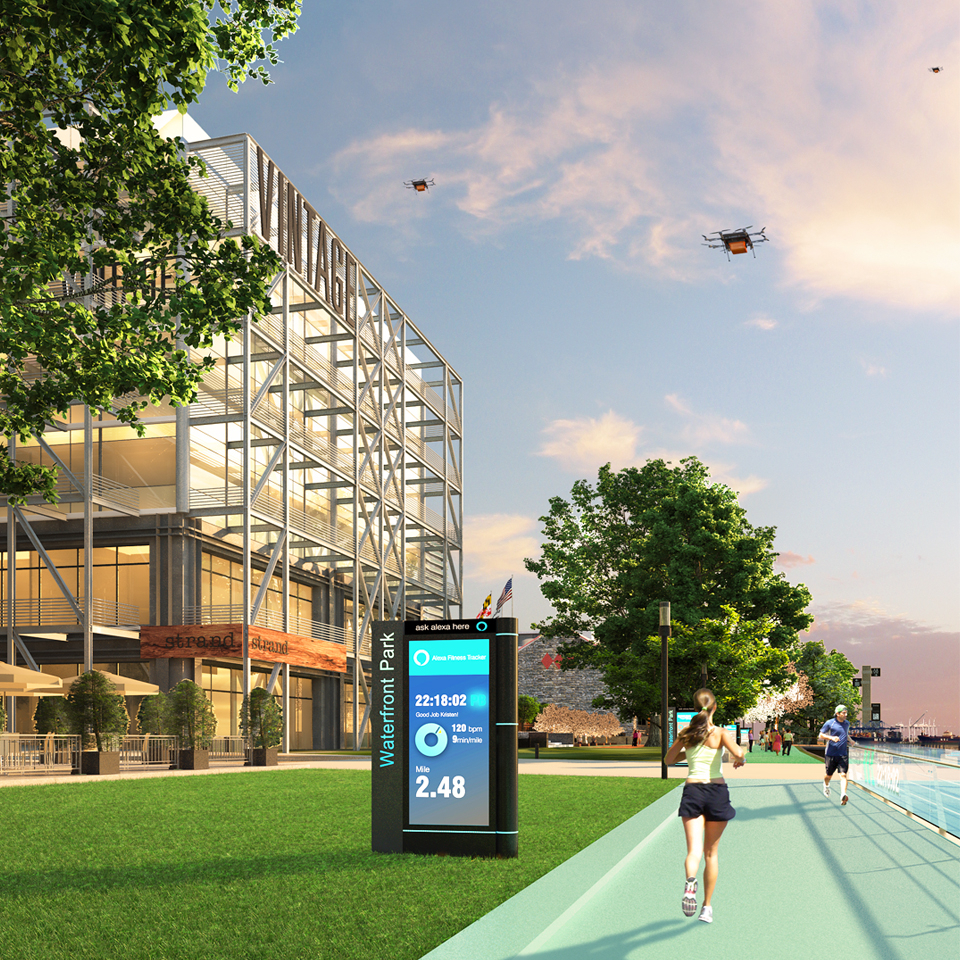 “Pretty much all of the work we do in 3D embraces the future and the possibilities that can come from new development,” said Yavuz Goncu, Director of 3D Technology at HighRock. “But this particular project really pushed the boundaries of how far out we could provide that vision. From concepting new, interactive technology for pedestrians to high-speed public transportation, we wanted to explore what daily life would look like in a city surrounded by innovation.” 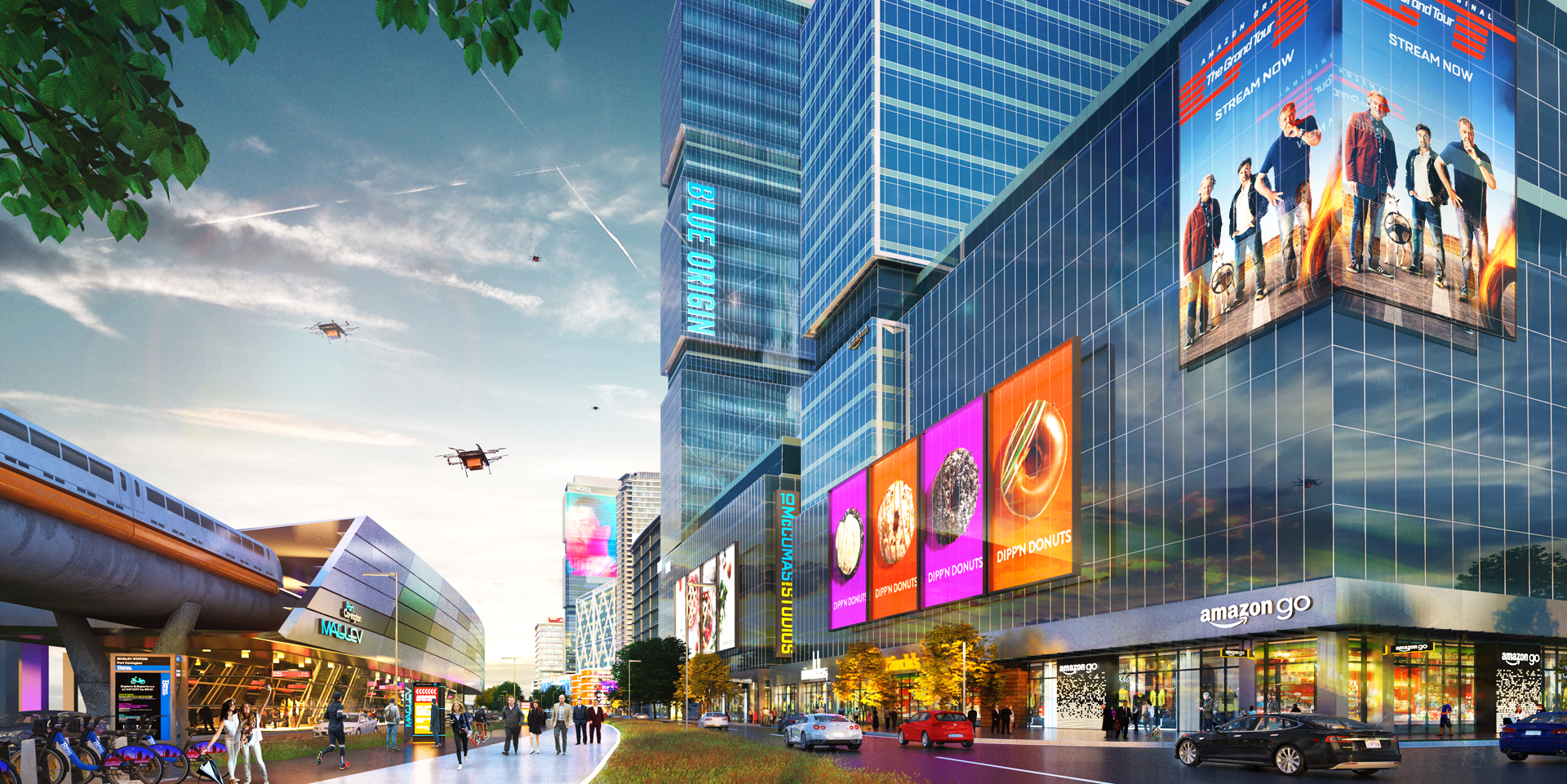 Not Just a Company Campus

Despite the innovation, it was important to us that our renders look like they belong in the real world. Instead of creating images of an isolated company campus, we integrated Amazon HQ into the cityscape itself. In a project immersed in the future, it was still important to stay grounded in the possibility that everything in the images was actually achievable.

In the end we uncovered the story we wanted to communicate to the Amazon team: what life would look like on the streets of Baltimore should they choose it as their new home. And while Baltimore did not make Amazon’s cut to the second round, we would very much like to see the team’s vision of Charm City become a reality.

Make it happen.
Do you have an exciting idea, challenge, or opportunity? Let’s talk.

Schedule a MeetingContact Us Today